“I will remember that artificially intelligent machines are for the benefit of humanity and will strive to contribute to the human race through my creations.”

The field of robot ethics often focuses on ethical problems with creating robots. But because certain populations are in need of the extra care, protection, or labor that robots provide, it can be unethical not to create robots. The US Congress’s Robotics Caucus Advisory Committee’s 2013 Roadmap for US Robotics documents how robots can improve and even save lives. At work, they can “assist people with dirty, dull, and dangerous tasks;” at home, they can offer “domestic support to improve quality of life;” and in warzones, “robots have already proven their value in removing first-responders and soldiers from immediate danger.” The US government’s National Robotics Initiative (NRI) hopes to encourage robotics in order to boost American manufacturing, space exploration, medical discoveries, and food safety.

Many roboticists share the vision of using robots to solve some major problems the world currently faces. For example, an area receiving particular attention among researchers is elderly care. The number of people over 80 worldwide is expected to double by 2030, leading to increased demands for living assistance. Smart homes and robot caretakers can help these people stay independent longer (1). Even in military use, robots are not necessarily killing machines. iRobot CEO Colin Angle said that his PackBot has saved the lives of EOD technicians by hunting IEDs in Afghanistan and Iraq. Furthermore, drones have proven applicable beyond the military: Association of Unmanned Vehicles International CEO Michael Toscano estimated in July 2013 that agriculture would overtake defense as the most common use for drones in the next 10 years, noting that this advancement will help feed an ever-growing population.

Those who fund and use robots can ensure that robots’ potential to do good for the world does not go to waste. An active approach may be necessary because research may otherwise be driven simply by potential profits. 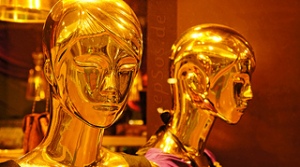 “A profitable market for expensive new technology is not of itself sufficient moral defense for allowing widespread sales.” -Whitby (2012)

The first ethical question in the development of robots is what kinds of robots to make. Are we creating the kinds of robots that our society needs? The answer to this question depends on the motivations not only of researchers but also of their sponsors. The main sources for robotics funding are the government, businesses, and research institutions.

The government has played a particularly significant role in robotics funding since 2011, with the advent of the NRI, whose mission is to fund research that facilitates human-robot interactions. Its 2011 and 2012 solicitations were subtitled “The realization of co-robots acting in direct support of individuals and groups” and stated that proposals would be selected by a peer-review process. The National Science Foundation listed the recipients of $30 million of the $50 million awarded for this initiative (the destination of the other $20 million is unclear). The plurality of the projects listed (12 out of 31) named medicine as an application for its robots, including aid in rehabilitation and surgery, followed by domestic care — either general service robots or those geared toward the elderly or incapacitated — and manufacturing, such as industrial robots for use in factories (2).

As part of the NRI, the Defense Advanced Research Projects Agency (DARPA)’s FY2012 solicitation for the Defense University Research Instrumentation Program (DURIP) encouraged proposals for robotics research equipment applicable the military (Army Research Office). Of the 190 recipients of DURIP grants, which totaled about $55 million, 22 projects involved robots, autonomous machines or vehicles, or artificial intelligence. Many robotics-related projects were not directly or solely applicable to the military, including 3 grants for general human-robot interaction research and 7 for ocean surveillance and research. Others objects of study included the response of miniature air drones to wind and water-splitting catalysts for autonomous energy generation.

DARPA will account for nearly half of the government’s Research and Development funding under Obama’s FY2014 plan. Though this suggests that research applicable to the military may have priority, it does not necessarily mean that the robotics projects DARPA sponsors are primarily for killing. For example, the agency is currently sponsoring a $2 million “Robotics Challenge” in which robots compete in a series of tasks simulating natural and man-made disasters. The press release cites robots that diffuse explosives as an example of the type of innovations DARPA is looking for. The Robotics Challenge has sponsored robots made by universities, companies, and government organizations such as NASA.

However, government funding of robotics has its critics, perhaps the most outspoken being Oklahoma Senator Tom Coburn. Coburn criticized a $1.2 million NSF grant to a laundry-folding robot at UC Berkeley and a $6000 grant for a “Robot Rodeo and Hoedown” at a computer science education symposium to introduce teachers to robotics (3). A researcher in the UC Berkeley group countered that the laundry-folding algorithm was a big step for robotics more broadly, and the organizers of the robot rodeo event explained that they were trying to get more students interested in computer science.

Venture Capital funding is also a major source of funding for robotics. In 2012, the 22 most funded robotics companies accrued almost $200 million total from VC funds (4). Like the NRI funds, the plurality went toward medicine — about $84 million of the money awarded by VC funds went toward companies that create robots for surgery (e.g. MedRobotics and Mazor Robotics), bionics (e.g. iWalk), and hospital service (e.g. Aethon). Another $30 million went to Rethink Robotics for the manufacturing robot Baxter.

Some have criticized excessive funding for entertainment robots, such as a robotic toy car largely funded by Andreessen Horowitz. The car’s maker, the new start-up Anki, raised $50 million total in 2012 and 2013. Anki’s founders believe this investment is justified because their technology can lead to more advanced and affordable robots down the line.

Universities themselves sometimes fund robotics research, but these funds are often funneled from the sources above — in the United States, particularly the government. The Robotics Institute at Carnegie Mellon, the first and largest robotics department at any US university, lists its biggest sponsors as the Department of Defense, DARPA, the National Aeronautics and Space Administration, the National Institutes of Health, and the NSF. The Georgia Tech Center for Robotics and Intelligent Machines and the MIT Media Lab get sponsorship from companies in the robotics industry in exchange for developing their products. This model appears to be the most common one in Japan, China, and South Korea, according to a WTEC report. Google and other companies have grants specifically for funding technological research, along with private foundations such as the Keck Foundation and the Alfred P. Sloan Foundation.

While grants are usually given for specific projects, some departments retain control over which projects their funds go toward. The Robotics Institute at Carnegie Mellon has a budget of $65 million per year, which it has used to fund 30 start-up companies in addition to supporting its own institution. Carnegie Mellon also, along with companies like Google and Yahoo and private donors, sponsors a foundation called TechBridgeWorld that has aided technological progress in developing areas of the world by funding innovations such as an “automated tutor” to improve literacy. This exemplifies how academics and researchers can use their knowledge of what people need and how to most efficiently meet those needs to influence production.

Because robotics companies, like any company, strive to make money, the purchase of robots also affects which robots get made. The International Federation of Robotics estimated that 2.5 million personal and domestic robots (e.g., those that do household chores or assist people with medical problems) and about 16,000 professional robots for use in various workplaces were sold worldwide in 2011. The professional robots consisted mostly of military (40%), and agricultural (31%) robots, but also of robots for other uses like medicine (6%) and manufacturing (13%). The Robotics Industries Association estimated during July 2013 that 230,000 robots were currently in use in United States factories, most often in the automotive industry.

Fifty years ago, we couldn’t imagine computers as part of our everyday lives. Now, we can’t imagine our lives without them. Robots are the new computers, in that they are capable of revolutionizing our society and economy. Whether this revolution is for better or for worse is up to all the aforementioned players.